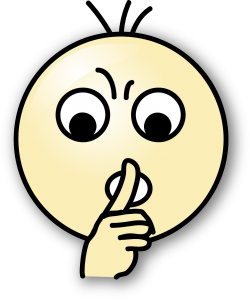 Conrad was a quiet boy ever since he learned how to talk. His parents thought he would have difficulties as he was always struggling to express himself. In his early years, he would play lonely games, always by himself.  He found out ways of playing group games alone, board games, running, even football. He also preferred working alone, he grew to manage a five-litre jerrican for fetching water from a nearby well, always waiting for all the village residents to finish before he took his turn. This seemed strange to his parents as Conrad was the third born and his older siblings, a boy and a girl were both talkative. Conrad many times missed out on family gatherings as his mother had denied him food for wanting to have his meal in private either out of the house or in his bedroom to avoid the crowds.

When he attained school-going age, Conrad found it fun at first, but later he resorted to playing alone. He wouldn’t talk even in group plays yet he knew every answer to class questions that teacher Alice, would ask. Efforts were made to make him at least say a word during play time, but they were all fruitless.

Filled with anger that no one could understand him, Conrad started missing school days reporting false sicknesses. When the mother found out about this falsehood, Conrad received high levels of punishments from his mother, which became harsher. The father looked on in dire confusion, not sure what to do. The mother had always handled these cases at home. As one punishment by the mother got out of hand, the father decided to step in but he ended up hurting Conrad too. Conrad ended up being admitted to hospital with a lesion on his left side arm and the hospital bill was too high for the family to afford. They were all frustrated with one another and no one knew how to communicate to each other well.


One evening Conrad snuck out of his home to join a group of youngsters who asserted that they were gangsters. They had offered Conrad free food and snacks whenever his mother denied him food. He followed them to what they called their “home” but after much soul searching, Conrad realized that this was not a home and it was hard for him to bathe and brush his teeth.

Conrad wandered aimlessly because he was not used to this new vicinity, there were many cars and buildings, he did not know which route to take. In the end, he came to live on the streets. 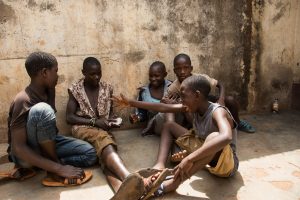 Later in his confused state, Conrad bumped into a smart lady one afternoon who asked him for his name. He was silent. The lady called upon her colleague, a gentleman who offered to guess names for this boy and he went; James? Emma? Felix?  And all these were wrong guesses.

The two took the boy to the S.A.L.V.E. International drop in centre. The other staff there, mostly social workers, welcomed the boy and made him feel loved. Conrad later said out his name. This was the first indication that the boy could talk.

The lady who first saw Conrad on a street walk, took time with him and she later found out that Conrad was highly introverted and needed someone who understood him. Conrad was taught how to play with the group of children that attended daily sessions at the centre in a way that was comfortable to him.


When Conrad’s family started looking for him, the police could easily report his whereabouts. Conrad’s parents were surprised to find their boy talking frequently after just two weeks away from home. The kind lady at the centre offered to teach his parents ways in which they can support their boy and they were so happy because they had become puzzled by his quietness.

Conrad was recently resettled to the home. His parents are now happier with him and have come to understand he needs special care not violence. The siblings too are happy that their brother plays with them now in ways that he is comfortable with.

Children need understanding and care in order to open up and express their abilities and talents. We are continuing to do follow up visits to make sure that Conrad is settling home well and offering them further family counselling.

At S.A.L.V.E. International, we help street-connected children to learn how to value themselves in a confusing world as we endeavour to help them find their homes and stay in a loving and caring family.

Join us in this endeavour to eliminate the term “street children” from all vocabulary and to help more children like Conrad to succeed.

*Conrad is not his real name but has been changed for this online platform in line with our child protection policies. 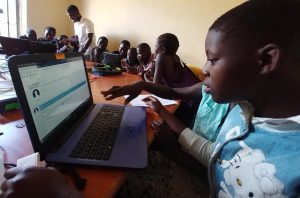